My Rollercoaster Ride of Covid-19 Fatigue

In my last post about my Covid-19 rollercoaster, I thought I was fully recovered.

Little did I know what a wild ride my immune system would embark on.

Now I struggle to walk a mile. ONE MILE.

You are beyond tired and yet no amount of sleep allows you feel rested.

It is like some kind of purgatory. You managed to survive from Covid, despite gasping out of your window for extra oxygen. But you are now condemned to fatigue with no end in sight.

It took five weeks to be able to work out and I am still unable to do any vigorous exercise. I am limited to gentle walks with frequent rest stops and a slow cycle on the exercise bike.

Half an hour of vigorous exercise will wipe me out all the next day. A weekend on my bike will write off the next week.

The only thing that keeps me going is the fact that I am improving by being able to sit up for one more hour a week. ONE HOUR.

In the last few weeks I used alcohol to keep me going in the form of one or two cocktails or a spirit and mixer in the evening. But alas, alcohol is a depressant, so it’s going to make you feel worse, and I am already feeling pretty sorry for myself. It’s had to go (mostly).

Looking on the internet in desperation, I found that it was actually quite common to suffer from “long-tail” Covid-19. It comes at you like a sledgehammer and causes a similar amount of damage. And it happens over and over again until you feel like you’re going mad.

I have had a smorgasbord of symptoms.

A week post (possible) Covid (I was not eligible for testing at the time), I woke up in the middle of the night, my head throbbing. The kind of pain that sears into your skull with such force that you run to the toilet to throw up.

Two weeks later, I woke up again in the middle of the night struggling to breathe. Panicking, I ran to the mirror to investigate, and discovered that my neck was as thick as a bodybuilder’s and my tonsils were mostly blocking my airway.

Terrified, I sent some photographic evidence to my (retired) doctor dad and went back to sleep on my side. Fortunately I woke up and with my neck a normal size. If it wasn’t for the photos I would have thought it was a lurid nightmare.

This virus may not be mild, it can be a pain for anyone.

I am not saying this to scare you, I am saying this because I am begging you not to act like I did and think that this will not affect you, or if it does it will not be bad.

You do not know that.

We know agonisingly little about this virus, or how it will mutate.

Wash your hands, keep your distance and keep contact to a minimum.

Before I got it, I was curious about what it involved, what I could expect.

One Friday I got a sore throat. I took a Strepsil and forgot about it.

That evening I still had it, so I popped another Strepsil.

On Saturday after breakfast my boyfriend and I were sitting, looking at the rain and wondering what to do. My boyfriend went on the laptop and I was on my phone.

I started coughing and had a drink, maybe that would help.

The coughs were continuous and dry…

After a while I started to feel tired and went to sit on the sofa, hoping that would help.

I started to feel exhausted. My boyfriend insisted that I was “putting it on”.

“I’m going to bed” I announced suddenly, and he looked up anxiously. It was an effort even to sit up.

It had hit me out of nowhere, what was going on? I felt like I’d just got off a plane from the Philippines again, heavily jet-lagged.

I lay down and that was it, I was in bed for the next five days, apart from some sunbathes in the garden. I was able to do this because I had several hours each day where the coughs eerily disappeared, so I felt less tired. I hoped that my body hadn’t stopped fighting it, whatever it was.

I begged my boyfriend not to go to work but he did and I was alone.

I had to drag myself out of bed and rest regularly as I hauled myself downstairs, leaning heavily on the banisters as if I had rapidly aged overnight. By the time I got back up I was wheezing so much I felt like I was breathing through a straw. Sometimes I had to cough to breathe, I was so constricted, and that was quite alarming. But the advice I saw online was that you only needed to go to hospital if you felt tingling in your fingers or toes or had blue lips, and it wasn’t that bad. My extremities were still being adequately oxygenated and I reminded myself that I didn’t have a temperature, so it was only “mild”.

Pull yourself together, I told my inner child. No need to be a drama llama.

My chest hurt as I coughed roughly every ten minutes for three days. On the second day, my friends dropped off a care package and it gave me such a boost. I was able to talk to them from the upstairs window. I fortunately had a welcome break from the symptoms at that point, another weird window where it felt like I wasn’t ill.

On the fourth and fifth day the fatigue worsened and I was quite weak. Once I couldn’t even turn over in bed. I got tired having more than one chat on the phone each day. I am usually someone that is lively and energetic but this had really floored me. The last time I had been that ill was when I was seven and laid up for two weeks with pneumonia.

On the sixth day I was feeling better until I had a shower and had a dizzy spell. But I was no longer coughing all the time so I had more energy. I was able to stay up and out of bed until 3pm, when fatigue bowled me over, literally.

So I spent a total of three days coughing, five days in bed and 11 days later I am finally feeling more human, and have put my first clothes wash on in two weeks.

I don’t qualify for a test, so I do not know if that was the dreaded coronavirus.

Vicks vapour rub is all you need if you have it mildly, the essential oil vapours are helpful. Lying on two pillows allows you to breathe easier too. Paracetamol helped my boyfriend lower his temperature, it brings it down by half a degree. Please note that I did not use any extra toilet roll.

Keep your immune system supported with exercise, sleep, fruit and vegetables and you might only get “mild” symptoms too, if you get it.

Even though I can go out again soon, I will take more time to rest first, as I do not want to get another infection while my immune system is recovering. It will take me another week to get better whilst I replenish energy levels.

How did I get it?

I had gone shopping 12 days before in a busy supermarket, but that seemed unlikely to be the transmission event as it was so long before.

I may have been infected over the Easter weekend when we went out every day on the bikes. Some cyclists had passed right by me, breathing heavily. But that was an unlikely source too. It was a mystery.

I had been so careful – wiping and spraying everything from the supermarket, washing hands on entry to the house, staying away from people, but it had been useless.

I am just relieved to be through the worst and to have got off lightly. I know someone that has sadly passed away from it, so I am well aware that not everyone is so lucky.

Filed under Life of Lydia, Uncategorized 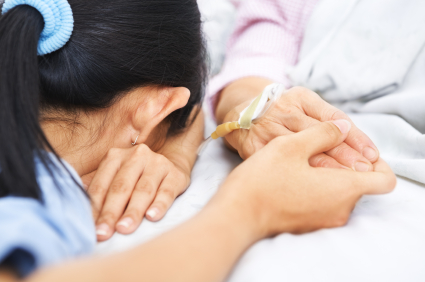 Recently a friend told me that she might have cancer.

Two lumps had appeared, one small, one big. The doctor immediately sent her for a biopsy. The cells were abnormal and treatment is needed.

The doctor was worried because she used to be a heavy smoker and overweight, two known risk factors.

She said the worse part was the torment of not knowing.

Once she has a diagnosis, she can plan, but for now she has to wait, thoughts churning around about the future.

We discussed how she could manage it and even speculated as to what the result might be. I tried to reassure her, but there isn’t much I can say or do, other than telling her that I will be there for her, no matter what. She was experiencing an emotional storm of frustration, anger, sorrow and fear. She is a strong woman both mentally and physically, but nothing can prepare you for the shock of being told you have a long-term illness.

My friend is courageously dealing with an uncertain future. She said that her illness had helped her gain more focus and she will now attack her bucket list with a renewed vigour. 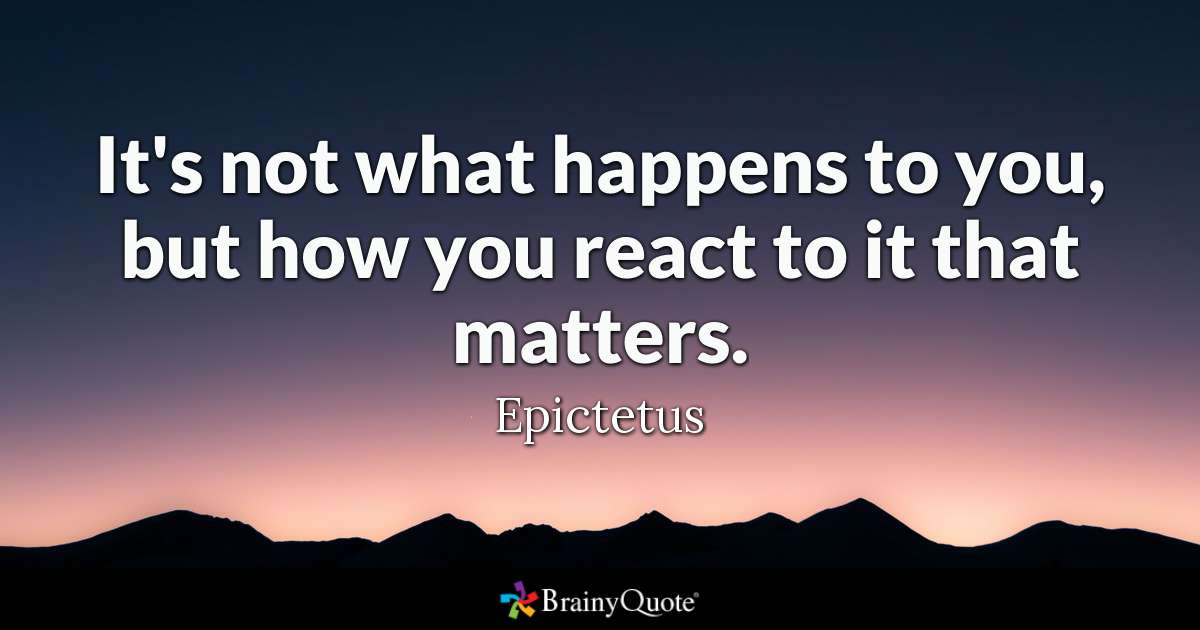 In times of difficulty we need the courage to draw on our inner resources and access support networks. We may need to evaluate our perspective. In Buddhist philosophy, adversity is seen as the best teacher, a chance to learn from experience and emerge a stronger, wiser person.

So what have I learnt from the experience of my friends?

Firstly, the importance of living in the moment.

No one has a crystal ball. If we speculate about the future we only create fear and worry. This destabilises us and prevents us from being fully present to support friends in need. Everything is easier if we take a moment, slow down and just float on the river of life, wherever it takes us. Not accepting our reality is like trying to swim against the current; it wastes our energy and is futile.

Secondly, I need to be grateful.

We spend so much time focussing on what we do not have. We are constantly unhappy with the present and want more. We forget just how lucky we are. There is so much suffering in the world and, whilst we all experience peaks and troughs, somehow we escape the worst of it.

I would like you to take a moment to be grateful.

Be thankful for all the people in your life who guide and support you, your cheerleaders. Be thankful that you have mental and/or physical good health. But most of all, be thankful for the love and kindness of family and friends. Against all odds, love conquers all.