Court from the other side

Years ago when I shadowed a court reporter for work experience I got to see proceedings from a spectator’s perspective. The rollercoaster ride of drama, character assassinations and the careful selection of facts all in the name of justice. Then it was my turn to be a witness and a victim of crime.

It was November 2012 and I was looking for another job. I wanted to get back into teaching as I missed the creativity and freedom of it. I searched for language schools in my area, as I have a Teaching English to Speakers of Other Languages (TESOL) post-graduate qualification. I e-mailed all the schools and the Director of one contacted me, saying they had full and part-time positions available, could I call her for a chat. I couldn’t believe my luck. Next thing I knew I was in the interview being shown the pay grades (she circled £14 per hour) and the company organisation chart. I was invited to ask any questions I liked and all were answered satisfactorily.

Two weeks later I commenced my new “employment”. It was a “new start-up” school, having changed it’s name and curiously, all its former staff. But I had a student to teach so I was content. More students would come in January, I was told. I just asked for a contract, which was supplied a couple of days later. I asked for some changes to be made and these were done without any issues.

The picture is not of me nor my student.

Pay would be on a monthly basis. I did a language level and needs assessment on the student and then prepared detailed lesson plans from the results. I got excited by the work and being in control of my own syllabus and bought books and materials, doing a lot of displays and interactive activities. I took my student and a relative of the Director on school trips. I was told to make a list of my expenses and submit them. I did but received no response.

Then the pay date passed. I was fed the line continuously that there was trouble with their Barclays account. Apparently they inexplicably did not have a business one and so there was a £3 000 limit, meaning “they were paying everyone but gradually”, as they “couldn’t withdraw more than £3 000 at a time”. As the days and then weeks went by, I repeatedly brought up the issue of pay and was given the same excuse. Finally, on what was to be my last day working as an English language tutor for the company, the Director burst into my lesson triumphantly to declare that she had put a bankers draft into the cheque deposit box of my bank.

The next two days I was told my student was ill, although he had seemed fine on the Wednesday I taught him. I decided I needed to make my grievances more formal and wrote an email to the effect that I had worked five weeks without pay and had not breached my contract in any way or taken any unauthorised leave. I was sent a picture of a screen print showing around £700 leaving the Director’s former company account. I was owed just over £2 000.

After I left, I discovered that the Director had never paid any of her employees. She had declared bankruptcy when former employees from her previous company were not paid and they pursued civil action. The judge declared her be listed as bankrupt for six years, but she got this overturned to one year on appeal. This enabled her to set up another

company and continue her addiction to criminality. Former “employees” fell behind on rent and bill payments, hosts ran up expenses for her students which would never be paid and a single mother struggled to feed her child. I ended up in London for Christmas with £10, but luckily got payment through from my Saturday job just in time so that I could buy food.

In January I went to the office to hand in my letter of resignation. The Director invited me to a meeting about insolvency with a bank representative the next day, but when I attended she said it was cancelled. A colleague attempted to have a meeting with her seven times. I began civil action as did a colleague, who later gave up. I am now one of two former employees from the current company pursuing it in the courts.

At the time I was unemployed and enjoyed having legal help, with my lawyer submitting documents to the Employment Tribunal on my behalf. This finished as soon as I got a job several weeks later.

Feeling abandoned, I contacted the Citizens Advice Bureau. They simply told me it was against the law and told me what points of it covered, which I was already well aware of from research in the public library legal section. It is absurd that having

used up my savings I am now expected to cough up to be represented. Consequently I have been forced to represent myself. The picture above is of the case file that I have assembled. Every email, every text printed, photocopied, ordered chronologically in plastic wallets and then subdivided.

The hardest part was doing the witness statement without assistance last month. Going through what happened day by day in excruciating detail was awful and brought emotions of that time to the surface.

I have continued to pursue this on principle. There are at least 20

victims, a number which has only been increasing as the Director continues to operate. Many are put off by the time, effort and money that is required for legal action when they have nothing. I want to show victims that you can do it yourself, even without any legal training or assistance.

Employment Tribunals are currently free, but I was disappointed to see that the government is bringing in fees. From July 29 it will then cost at least £160 to launch a claim, then at least £230 for the case to be heard, and possible further fees amounting to hundreds of pounds. On the other hand, if an employer wants to make an application to the tribunal, it could cost as little as £60. The law is clearly changing to side with employers in this economic climate. Those earning just enough not to qualify for legal aid will be forced to forgo justice due to financial constraints. Last year there were over 50 000 claims of wage deduction. Having been robbed of their rightful earnings, how are these victims going to afford court fees? The government says there will be a decrease in claims. Of course there will, but there will then be a rise in discrimination, harassment and abuse in the workplace, potentially causing stress-related illnesses. This will result in a loss of productivity and place yet more of a burden on our already overstretched NHS.

Update – I am able to report my experience because the respondent was found guilty at an Employment Tribunal where I represented myself. The woman in question was not present. She was ordered to pay approximately £4 000 in unpaid wages and related costs. To date (2018) no money has been paid and the Respondent is alleged to be in Ethiopia with her Ethiopian husband. Her ill-gotten gains allegedly disappeared from her UK bank accounts whilst her criminality was under investigation. She reportedly owes tens of thousands of pounds. 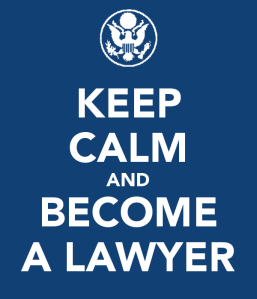 Filed under Life of Lydia, Work